Many paths lead between China and Europe, but never with a speed of 15 to 22 days from the Mainports in China to Rotterdam, the Netherlands. Across the ocean by ship, the sky by aircraft or now across Central Asia via the railway. Six years ago it was deemed impossible and dismissed as science fiction.

Well known ports in China are now at your disposal by rail, from Dalian, Tianjin/Xingang, Qingdao and several inland hubs, we can serve you. Via the DistriRail connection in Duisburg we are able to connect Rotterdam with 2 different shuttles via the Northern and Southern route. 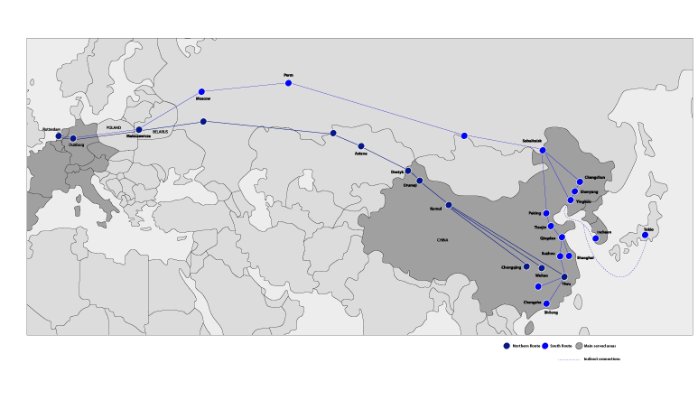